We are truly fortunate to have such amazing social support volunteers who selflessly dedicate their time to support and uplift the Italian community. To celebrate both their dedication and generosity, we have created profiles so our volunteers can share insightful stories about their lives including their migration journey to Australia.

Enjoy getting to know our social support volunteers and stay tuned for more volunteer profiles to be posted in the near future! 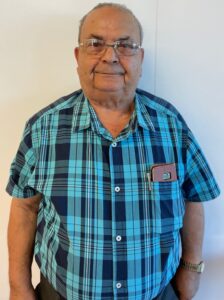 What town / province were you born: Oppido Mamertina, Reggio Calabria.

Was Australia what you expected to be like? If not what surprised you the most? I was surprised because I arrived in Melbourne, and I didn’t expect to see a big city like I saw. I was expecting it to be bushland.

What did you miss the most about Italy? Not knowing how to speak or write English was very hard.

First job you had in Australia? Millers Ropes in Brunswick, Melbourne.

What do you enjoy the most about volunteering? I love doing something for the people and giving them an opportunity to go out and enjoy themselves.

What are a few words you would use to describe yourself? I’m self-confident!

How would your friends describe you? I think my friends would say I’m a good leader and good organiser.

Who would play you in a movie? Danny DeVito.

Most proud moment? Becoming a Father to my children.​ 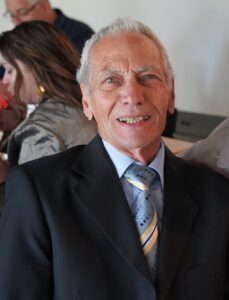 What town / province were you born: Catanzaro, Reggio Calabria.

Who did you come to Australia with and who did you leave behind in Italy? I came to Australia with my brother, to meet my Father who arrived here in 1951. I left my Mother and brother behind who arrived a few months after me. I arrived in Fremantle, and my Father came to pick me up with the train, as he was working for the railway, where we arrived at Port Augusta and lived for a few years.

What did you miss the most about Italy? I missed my friends and my relatives the most and my old life, it was hard for the first few months.

First job you had in Australia? I was working in the railway at the local train deposit as a shunter for 6 months, and after that I was working on the train as a driver’s assistant for 2 years, until we moved to Adelaide. Once I came to Adelaide, I went to trade school for 4 years to become a Fitter and Turner, where I later got a job at Holdens, where I worked for 25 years.

What did you do for fun when you were younger? I would often go to dances in Adelaide and the country with my friends, we would ride our motorbikes there. We also went to the cinemas every week.

What do you enjoy the most about volunteering? I like being able to help people, and keep the peace with everyone.

What are a few words you would use to describe yourself? A leader.

Who would play you in a movie? Robert DeNiro.

Most proud moment? When I got married! My wife. 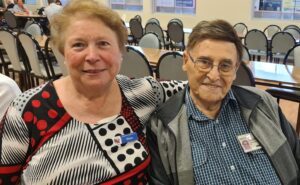 VOLUNTEER AT THE CAMPANIA CLUB

What region/town are you from in Italy? Benevento, Campania.

What year did you arrive in Australia? 1958.

Was Australia what you expected it to be like? If not, what surprised you the most? When I came to Australia we lived a small house in Campbelltown, we didn’t have a bathroom inside, but I didn’t care because at least we had running water in our house. It was very different from living on the farm where we had to carry the water with a bucket, so I loved this, but the thing I really loved the most was the three beautiful rose bushes at the front of our house. I thought I was so great. I loved flowers, and still do! My husband knows that and every week we have fresh flowers on our bench. It was harder for my Mum and Dad when we got here but for myself and my brothers it was much easier, because we wanted to be in Australia.

First job you had in Australia At 13 and a half I wanted to start working. I loved to sew and my mother had a non-electric machine already, so I knew a little about sewing. I got my father to register me as a 14-year-old, which was the working age back then and ended up getting a job in Victoria Square in a little factory that made girls clothes. I had a few different jobs after that job but once I was married I worked with my husband who was working as a shoe clicker. I would sew the uppers for moccasins shoes. After I had my 3 children we opened a fish shop, where I had to learn how to fillet fish. It was a very different job but I was happy to do it until we sold that business to open a deli. After we sold our deli we started our own business, which is known today as Globe Importers, on Magill Road, we sold it in 1986. I am now retired, but eight years ago I was asked to start a Tombola group at the Campania club, and I have loved doing this ever since the day we started.

Which club you volunteer at? The Campania Club.

What do you enjoy the most about volunteering at Campania Club? I love being around middle- aged people – I don’t like to call them old! I love coming here and working with this group of beautiful ladies. In 8 years we’ve never fight, we are all together, working together and happy. We don’t work by ourselves, we work as a group, and I thank them very much for that. I have a lot of love for the people that come to the group too, I like to help people.

How would you describe yourself? Patient – I have a lot of patience for everyone in my life, my husband, children, grandchildren and everyone I see at the group.

Who would play you in a movie? Julie Andrews.